A Gathering of Solar Pioneers 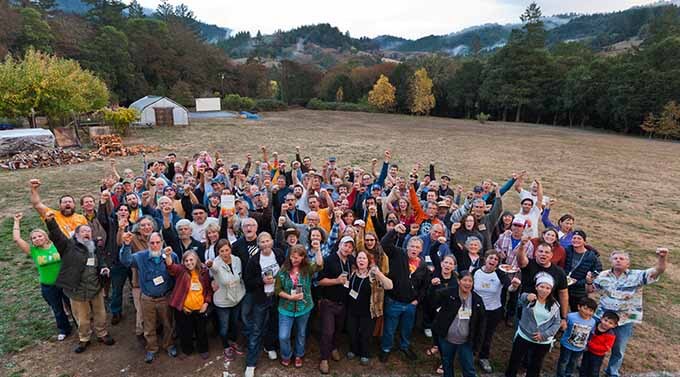 Scientists at Bell Labs made the first solar cell in 1954. A dozen years later entrepreneurs started installing solar panels on rooftops. Now we have over one million homes and businesses powered by solar panels. We owe much of this success to the thousands of men and women who pioneered the solar industry. They are the ones who had visions of solar panels on every sunny rooftop.

Jeff Spies, now with Quick Mount PV, had the idea to get these pioneers together. “In October 2015, a group of dedicated solar professionals gathered in southern Humboldt County for the first-ever Solar Pioneer Party,” said Jeff. “These incredible people assembled to celebrate the birth of the solar industry and recognize the contributions of those intrepid backwoods solar engineers and mad scientists that made solar home power possible.”

The second Solar Pioneers gathering is coming up in the middle of October. And it’s not just a gathering of solar old-timers, or an opportunity to test that solar powered defibrillator. The strategies, tactics and sheer force of will that got our industry off the ground is in just as much need today. So please join me on this week’s Energy Show on Renewable Energy World as my special guest, Jeff Spies, talks about the next Solar Pioneers Gathering.