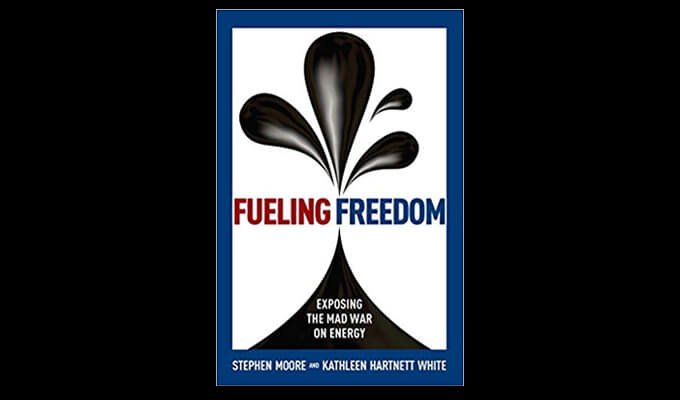 I don’t normally do book reviews, but I came across a recent book called “Fueling Freedom – Exposing the Mad War on Energy,” by Stephen Moore and Kathleen Hartnett White. From the book’s jacket: “…climate policies are pushing a grand-scale shift to unreliable, impractical, incredibly expensive, and far less efficient energy sources.” Hmm, really?

What makes this book even more timely is that both Mr. Moore and Ms. White have just been named to Donald Trump’s economic advisor team. Media Matters recently commented that Moore and Kudlow have long histories of playing fast and loose with the facts while making outlandish and incorrect claims about the economy. After reading this book, I couldn’t agree more with this characterization.

Understanding the premise, data and conclusions of “Fueling Freedom” — and similar seemingly authoritative but deceptive books — are important for people working hard to transition to future energy sources. So Listen Up to the Energy Show on Renewable Energy World to hear my perspective and rebuttal of these specious arguments for past polluting power plants.