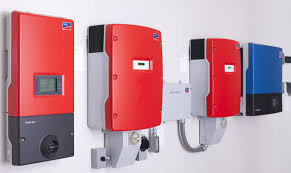 With so many options for solar inverters, choosing the right one for your home or business can get a little overwhelming. In the way of background, inverters convert the DC power from rooftop solar panels into the AC power used in your home. High Voltage!

For cost, performance and reliability reasons, most solar installers have strong preferences for inverter manufacturers and types. And for good reasons, as discussed below.

Standard string Inverters are the most common inverters for homes, I’ve been installing them since 2001, and they remain the most cost effective option. String Inverters are ideal for roofs without much shading (trees, vent pipes and chimneys). String inverters are usually installed outside the house near your electric meter; in my experience they have been among the most reliable designs. But string inverters have a more difficult time meeting some of the new rapid shutdown electrical code requirements. And they don’t offer panel-by-panel monitoring (which can be a mixed blessing).

Microinverters, introduced about eight years ago, are essentially miniature DC-AC inverters that are installed on the back of each solar panel, or on the racking below the panel. They are inherently safer than string inverters because there is no high voltage DC in the system. However, they are more expensive to purchase and install.

From an efficiency standpoint, string inverters, microinverters and string inverters with optimizers are all about the same — on an unshaded roof. In my experience, reliability of inverters from major manufacturers are similar, once the manufacturer releases their V3 product. The key differentiating factors are cost, monitoring (ease and reliability) and storage upgradability. For more about your best choice for solar inverters, please Listen Up to the Energy Show.