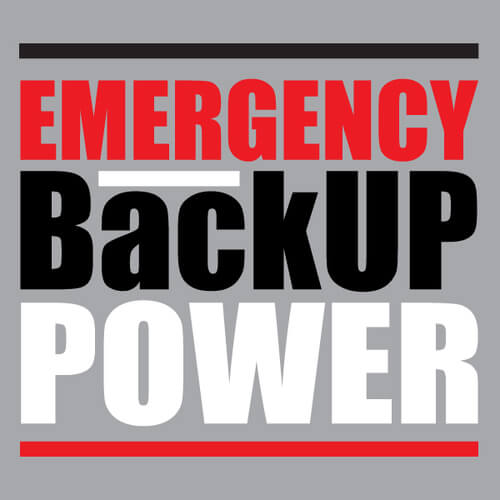 We’re in the middle of winter – and there’s some serious precipitation. It’s snowing in much of the country, and California is finally getting a lot of rain. Although these storms are good for replenishing our water supplies, wind, rain and snow are the biggest causes of power failures.

Our society has become almost totally dependent on electricity. Not only for such necessities of 21st century life as cellphones, TVs and WiFi, but also for former necessities such as heat and hot water. Pilot lights in natural gas equipment are a thing of the past: most new furnaces, hot water heaters and stoves need electricity to operate. We can’t even depend on functioning fireplaces anymore; some new construction codes prohibit wood-burning fireplaces.

Understandably, people are even more interested in backup power these days – and many people expect that rooftop solar can provide usable power when the grid is down. For safety reasons, almost all solar power systems need reference power from the grid to operate. So from a practical standpoint there are only two options for home or business backup power: a generator, or a solar system with a battery backup powered inverter.

There’s no doubt in my mind that eventually almost every solar system will be equipped with battery storage. We are just beginning to see the first solar and battery storage systems that have done a reasonable job integrating cost effective hardware with functional software in a turnkey system. On this week’s Energy Show on Renewable Energy World we’ll talk about the pluses and minuses of these new battery backup power systems, as well as old-fashioned fossil fuel generators.