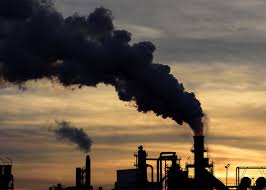 “Pigovian Tax.” If you know what this means, then you can skip this week’s Energy Show on Renewable Energy World. For everyone else (including me until I looked up the word) a Pigovian tax is a tax levied on an undesirable market activity to offset the negative effects of said activity. The carbon tax is a Pigovian tax – hence the addition of this obscure word to our Renewable Energy World vocabulary.

Nobody likes to be taxed – especially the industries that are directly affected. However, sometimes vice taxes are a necessary evil in order to discourage bad behavior. In the case of taxing carbon usage, most economists have concluded this is the most effective way to reduce CO2 gas emissions. The European Union has implemented an effective carbon tax, and leads the world in reducing carbon dioxide emissions. But here in the United States, where the word “tax” can quite literally get you thrown into the Boston Harbor (with your chests of tea), we have been slower to adopt these changes.

But there continues to be momentum behind effective economic mechanisms to reduce CO2 emissions. To avoid the specter of increasing taxes, some states have implemented more business-friendly cap and trade programs. California’s cap and trade program, initiated in 2011, continues to reduce state’s emissions, while at the same time directing the resulting proceeds back to the state’s transportation, clean energy, energy efficiency, natural resources and recycling activities. Listen up to this week’s Energy Show as we talk about practical carbon tax options – in spite of the temporary political reluctance to do so in the U.S.