The sun was shining the morning Donald Trump became president-elect. I checked. 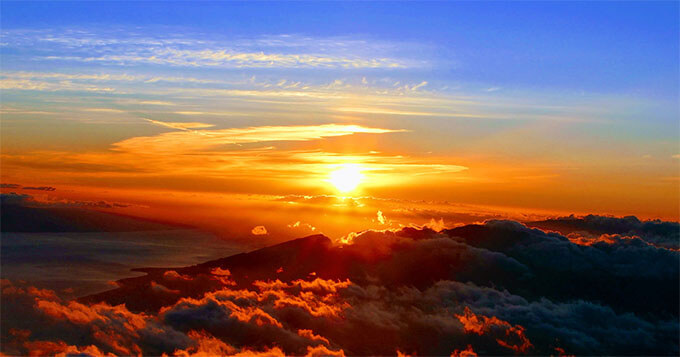 Solar continues to be the most cost-effective way of generating electricity, so there is no doubt in my mind that our industry will continue to thrive. Perhaps not as fast as the past decade, but we will generate rapid growth nonetheless. Because over the next 4+ years, economics will matter more than ever with a Republican administration. And we won’t let our commitment towards inexpensive renewable power be derailed.

So What We Can Do to Continue Solar Momentum: in a nutshell, more of what our industry has been doing for the past two decades. We need to continue to reduce costs, we need to create more domestic jobs, and we need to do a much better job educating the “Red” states and new policymakers about the benefits of solar.

I’ll start off with education, our biggest missed opportunity. There is almost a perfect match between the most solar friendly states and the states that Hillary Clinton won. There are all sorts of reasons for this correlation, but the fact of the matter is that we need to educate residents in the Red states that solar is good for their employment, economy and environment. Residents are voters, and voters will eventually have an impact on pro-solar policies. I know we are failing in these efforts because there are so many people who continue to question the cost effectiveness, reliability and practicality of solar power. Not to mention the compelling environmental benefits.

Obviously we cannot rest on our laurels regarding solar costs — and we won’t. Every installer, manufacturer, distributor and EPC company works hard to reduce costs because we are in a very competitive industry. We compete not just among ourselves, but against incumbent energy suppliers. These cost reduction goals are now even more compelling since it is possible that federal incentives such as the ITC may go away sooner than we expect.

Solar is a jobs engine, and arguably the best way to put underemployed people back to work. With over 200,000 solar jobs now — and the potential for 400,000 in a few years — we need to pound home the message that solar power is the fastest growing industry in the U.S. As a practical matter, almost no one believes there will be a sudden increase in demand for coal mining jobs. Utilities are already transitioning to less expensive natural gas and renewables. Even if EPA regulations are relaxed, utilities will be unwilling to invest in new coal plants because air quality regulations may be reapplied in the future. And if trade restrictions are applied to imports, it becomes even less likely that U.S. coal will find viable export markets.

The solar industry actually thrived under the last Republican administration, and we have the potential to thrive under this administration also [sidenote: Reagan did indeed eliminate the previous solar tax credit in 1981, but that was primarily because energy costs had plummeted after the oil embargo was lifted. Read ”America’s New Beginning: A Program for Economic Recovery’’ for insight into legal and regulatory changes that have been successfully made in the past]. Rooftop solar is needlessly expensive not because of equipment costs, but because of a blizzard of rules, regulations, permits and fees. Reducing regulations and red tape is a Republican mantra, and applying this philosophy to solar will slash our deployment costs.

Most importantly, What We Can Do is support the organizations and companies that are communicating the benefits of the solar industry. Now more than every we need to contribute our time and money to national SEIA since they are our interface to the incoming Trump administration. Since federal policies will become less solar-friendly, it is critical that we crank up state level efforts in favor of net metering, rate design and grid access. Vote Solar and Ari-Cal-Co-Fla-Geo-Gulf-Haw-MDV-MS-MO-NY-O-Tenn-Tre-Wi-SEIA are our bulwark against the fossil fuel industry simply saying “see ‘ya.”

The sun will come up. The solar industry is one of the best hopes for our economy and environment. It is our livelihood. Regardless of your party affiliation or opinions of President elect Donald Trump, as Americans it is our obligation to do everything we can to help him be successful.