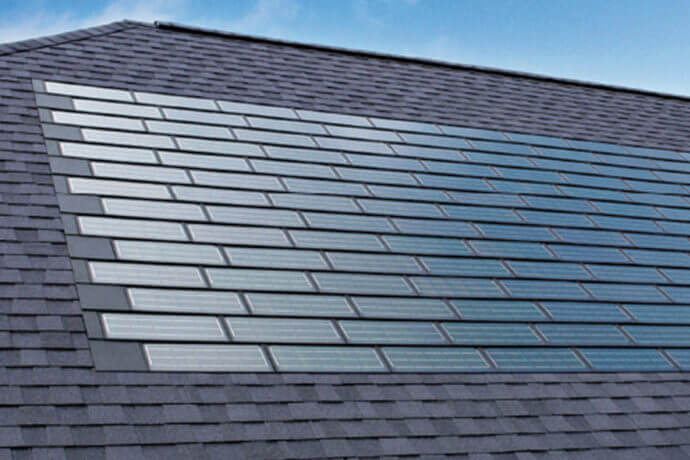 Tesla’s recently announced solar shingles are a great looking and potentially ground-breaking Building Integrated Photovoltaic (BIPV) product. But we don’t know much at all about the cost or performance of a Tesla solar roof. Not to worry…on this week’s Energy Show on Renewable Energy World I’ve made some educated guesses about Tesla shingles so we can understand how they will appeal to homeowners.

We saw mockups of the shingles that suggest each shingle has a 6” cell, maybe up to 6 watts. But 1,000 little solar shingles (each with two wiring connections) are too many. To make the product more cost effective and installable there will be shingle assemblies composed of 24 6” cells for a total of 132 watts/assembly. A roof will have about 45 shingle assemblies and 2,000 dummy shingles for setbacks, shaded and sub-optimal roof areas. Installation costs will be higher with thousands of dummy shingles, small shingle assemblies, tricky and specialized wiring, expensive wire penetrations in attic to conceal cables, etc.

These paybacks for a Tesla roof are slightly longer, but will still be compelling for new construction and homeowners willing to pay extra for superior aesthetics. The combination of Tesla and SolarCity also has the potential for a different roofing business model to further reduce costs. So Listen Up to this week’s Energy Show for my crystal ball look into the Tesla solar roof.