Energy Prices are Through the Roof 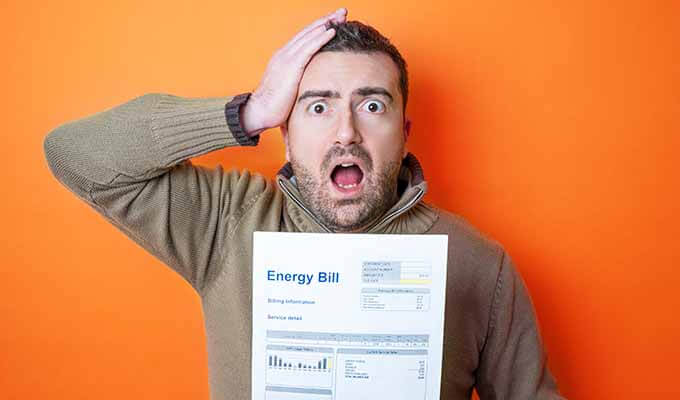 The Energy Show · Energy Prices are Going Through the Roof

Ribbit or Croak. Which one are you?

An urban myth has it that if you put a frog in a pot of boiling water it will instantly leap out. But if you put it in a pot filled with pleasantly tepid water and gradually heat it, the frog will remain in the water until it boils to death.

This myth reminds me of the slow-motion train wreck we are facing from destructively high electricity and methane (natural gas) costs. We’re gradually getting boiled alive with increasing energy prices. Don’t believe me? Just look at California’s residential electricity and methane prices over the past few decades as reported by the Energy Information Administration.

Average single family home electric rates increased at an annualized rate of 3% from 2000 to 2015. These increases accelerated to 6% from 2016 to 2020. Rates then skyrocketed (I’m running out of adjectives here) to 11% in 2021. This year…so far…PG&E raised rates by 18%. The combination of PG&E’s costs to catch up on deferred maintenance, bury transmission lines, pay executive bonuses, install EV infrastructure, lobby our government, continued drought — and account for 7% inflation — make it clear to me that we are in for an extended period of 10% annual electricity rate increases.

Methane prices are almost as bad. Over the past five years the average price of delivered methane has increased at 8% per year. As with electricity, that is before the effects of inflation, higher domestic demand and the U.S. commitment to supply methane to Europe.

Don’t even get me started on gasoline. Just remember that the prices we pay at the pump are almost exclusively influenced by the worldwide commodity prices of oil and gasoline. So when worldwide demand goes up, U.S. drillers and refiners make more money if they export their oil and gas than if they patriotically keep these fuels in the U.S. Refiners raise prices at the pump within days, even though there is a 30 day delay from oil wells to gas pumps. More drilling, or releases from the Strategic Petroleum Reserve, has almost zero impact on U.S. gasoline prices.

Candidly, I see nothing on the horizon that CAN significantly ameliorate these continued increases in electricity and methane prices. In five years the average California homeowner will be paying $0.70/kwh for electricity, or $8,400 per year! Even more for homeowners who use a lot of air conditioning, have swimming pools, or drive an EV. Average homeowners in the U.S. will spend close to $2,000 per year to heat and cook with methane.

Ribbit or Croak. While the market prices for electricity, methane and gasoline are completely out of our control, there are actions we can all take to solve our own personal energy crisis. So please tune into this week’s Energy Show for ways that you can avoid the Croak.