Fuel Cells Are Making a Comeback 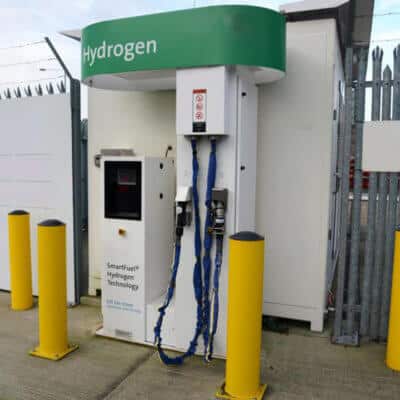 Energy storage is critical to our ability to eliminate the use of fossil fuels. Basically, we need a way to store the abundance of daytime solar and use this energy at night. Although lithium ion batteries have been getting most of the attention, fuel cells provide another way to convert fuels into electricity.

A fuel cell is an electro-chemical cell that converts the chemical energy from a fuel into electricity through a reaction of hydrogen or another hydrocarbon fuel, such as gasoline or natural gas, with oxygen. The history of fuel cells goes back over a hundred years — in fact, their first commercial use came from NASA to power orbital space craft. Fuel cells are different than batteries because a battery produces energy from a chemical reaction that is already in the battery, whereas a fuel cell requires a continuous source of fuel and oxygen to sustain the chemical reaction. The great thing about fuel cell technology is they can continue to supply energy for as long as fuel and oxygen are supplied.

However, fuel cells can either be clean and renewable power sources — or just as polluting as fossil fuels — depending on their fuel source. Currently, most fuel cells use hydrogen as their fuel. Although the chemical reaction of hydrogen with atmospheric oxygen is emission-free (the only byproduct is water), the source of the hydrogen is problematic. Almost 100% of the hydrogen gas used for fuel cells and industrial processes comes from reforming natural gas. As a result, just as much CO2 is produced when hydrogen is used as a fuel, as if the natural gas were to be combusted directly. Nevertheless, future processes in which ordinary water is electrolyzed into its components hydrogen and oxygen can indeed produce hydrogen perfectly cleanly — as long as solar or wind are used to power the process.

More and more fuel cells are finding their way into the conventional power and transportation industries. Bloom Energy is successfully selling their natural gas-powered fuel cells to customers that need a reliable source of backup power. And Toyota has rolled out their Murai hydrogen fuel cell car in areas that have sufficient hydrogen filling stations (most of which are in California). For more about the underlying technology and opportunities for fuel cells, tune in to this week’s Energy Show.