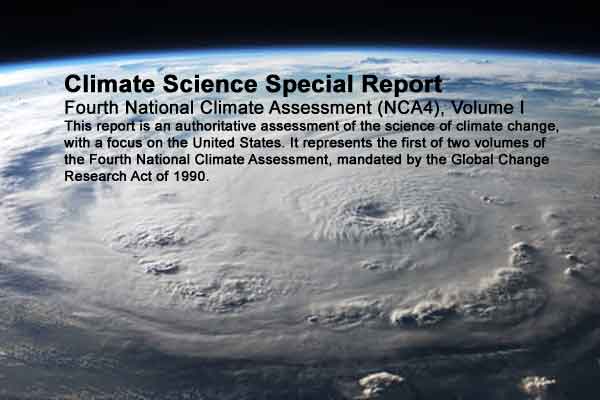 The U.S. Government just published their fourth National Climate Assessment, a report issued every four years regardless of the occupant in the White House. This quadrennial report represents the first of two volumes mandated by the Global Change Research Act of 1990.

This 470-page National Climate Assessment report evaluated the latest scientific evidence and concludes — no surprise if you pay attention to the news — that storms including hurricanes have become more powerful; heavy rainfall is more common in some parts of the US; and heat waves, wildfires and droughts are becoming more intense and happening more frequently.

Here are a few of the primary conclusions from the report:

To learn more about the findings of this report, implications for the future of humanity, and what you can do with your own energy activities to act locally, Listen Up to this week’s Energy Show on Renewable Energy World.