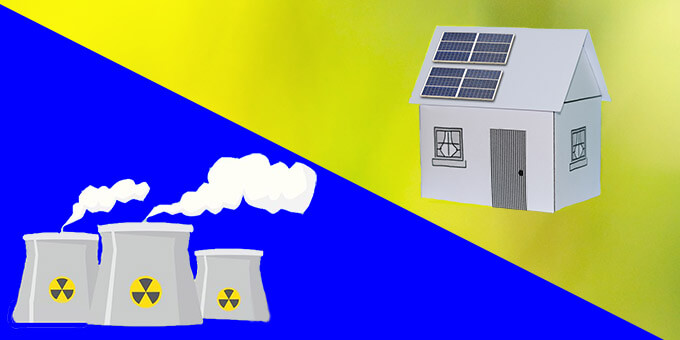 Some nuclear power news: PG&E is shutting down the Diablo Canyon nuclear power plant, the last plant in California. Their decision is not for safety or reliability reasons, it’s simply because other energy sources — such as solar, wind and natural gas — are cheaper. And other utilities around the country are coming to the same conclusion.

Utilities have three primary goals: generate profits for their stockholders, keep the lights on, and keep people safe. Although nuclear plants were at one time thought to be the cheapest and most reliable way to generate safe electricity, rapid cost declines in renewables (wind and solar) and natural gas have made these generation technologies much cheaper on a lifecycle basis.

The decision by PG&E was partially motivated by California’s goals of 50% renewable power by 2030. A compromise was reached among PG&E, California’s Public Utility Commission, environmental groups and unions representing nuclear workers to shut down Diablo Canyon earlier than scheduled — while at the same time shifting more towards renewable power generation instead of natural gas. For more about the $3.8 billion early shutdown of Diablo Canyon, Listen Up to the Energy Show on Renewable Energy World.