Vehicle To Grid – Not So Fast 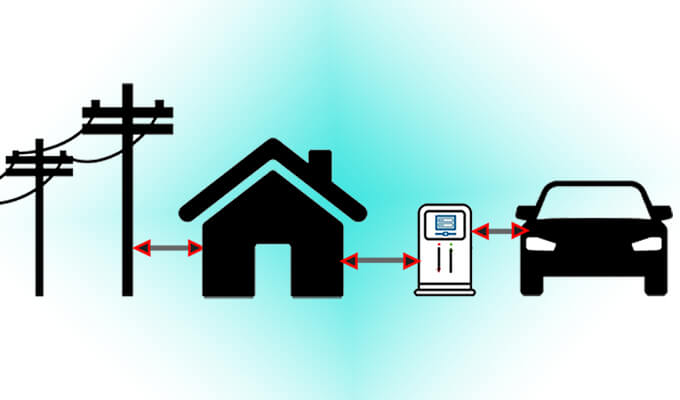 There are two segments of the renewable energy industry growing like crazy (in addition to solar), electric vehicles and home battery storage systems.People are installing battery storage systems for two reasons. First, batteries avoid sky-high peak electricity prices ($0.50/kwh from 4 to 9pm here in Silicon Valley). Second, batteries provide reliable backup power during increasingly frequent blackouts. The switch to NEM 3 is creating the biggest rush to install battery systems that I have every seen.

Customers with EVs often ask: “When can I use that big lithium-ion battery in my car to power my house?” It’s a natural question to ask since Ford showed that Vehicle to Grid (V2G) capability in one of their Mach-e commercials. Ford is also promoting V2G capability with their upcoming Lightning pickup truck. The perception is that V2G is ready for prime time. As they said on the Six Million Dollar Man: “We have the technology.”

But not so fast. There are two big barriers to widespread deployment of V2G. The first barrier is regulatory: restrictive building codes and standards that make it almost impossible to legally deploy V2G systems. The second barrier relates to utility and car company business models. Some car companies don’t want you to use your car battery for home use – including the biggest. And utilities don’t want customers installing or using energy storage systems because these customer-sited systems reduce utility profits.

So I put my thinking cap on to figure out the hardware, software and regulatory changes that would be required to make V2G a reality. Please listen to this week’s Energy Show as I walk through the opportunities and challenges of V2G, and why I think it will take at least another decade before V2G becomes a reality.