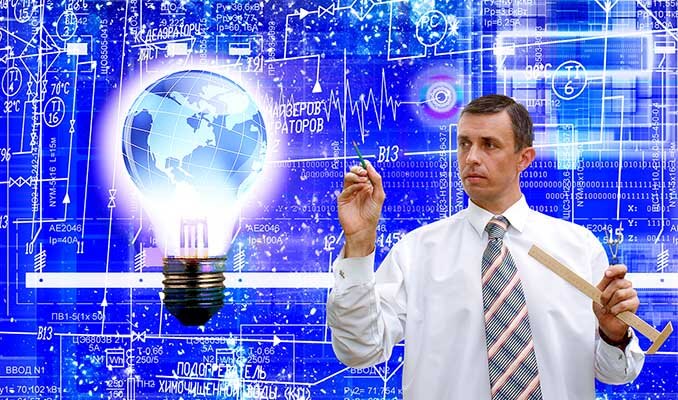 On this week’s The Energy Show, we’re talking about energy — duh. And power. Not just because we’re short on both energy and power. But because solar and battery customers need to understand these properties so they can properly size and operate their systems. This show is a bit on the geeky side, so buckle up.

Power is the measure of the amount of work that can get done over a period of time. We measure power in units of watts in the metric system, and in units of horsepower in the English system. Even though the English use the metric system and horses are basically just recreational vehicles for rich people. Commonly we refer to the power of a car in horsepower, or the power requirements of an appliance in watts.

Energy is the measurement of work, or force over distance, or an amount of heat. Not a watt, but instead a watt hour or kilowatt hour (kwh). Your utility bills you for electrical energy in terms of kilowatt hours, and for natural gas thermal energy in terms of Therms (geeky rhyme). A Therm is 100,000 BTUs, which stand for British Thermal Units — which is a measure of energy in the English system — which only the Americans still use (my high school English teacher would have referred to this sentence as a which hunt).

In the solar world, we measure the power output of a solar panel in watts (360 watts per solar panel under ideal conditions), or the total size of a 20 panel system as 7,200 watts. Home battery storage systems are measured in terms of kwh (most commonly a 10 kwh or 13.5 kwh battery), and commercial systems are measured in terms of mwh (megawatt hours).

Feel free to download this week’s Energy Show for more information about the energy and power terms we use in the solar and storage industry to measure size and performance of solar and battery storage systems.