A Power Shutoff Is Scheduled – How Does My Solar and Battery Work? 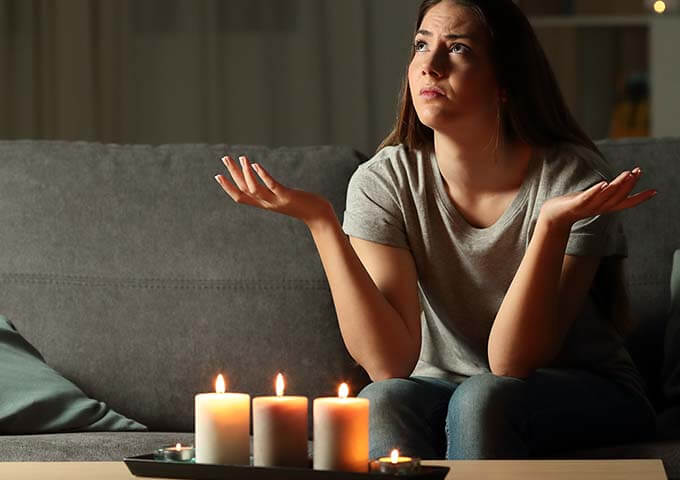 Almost everyone in California is aware of the Public Safety Power Shutoff Program  — when the utility turns off power to customers in large areas in an effort to reduce the risk of fires caused by utility lines. In October of 2019 the first series of these power shutoffs began, inconveniencing millions of homes and businesses. These shutoffs were effective in preventing fires in areas that the power was off, but ironically a number of fires were still caused in areas that the power remained on.

California utility companies begin Public Safety Power Shutoffs (PSPS) when dry conditions and typically high winds with gusts up to 60-70 mph are forecast. These high winds often blow down utility lines or cause nearby trees to come into contact with wires — causing fires. Because long distance transmission lines are often the cause of these fires, power shutoffs can affect customers hundreds of miles away from where high winds occur.

During one of these recent power shutoff that affected my neighborhood in San Jose, it was a beautiful sunny day with calm winds. But five miles away at the top of Mount Umunhum the winds were blowing at 60 mph. There were no local fires, but there was a tremendous amount of anger at PG&E. Utility field workers were out in force trying to address issues that were caused by decades of mismanagement. Please don’t get angry at PG&E workers with a tool belt; be mad instead at PG&E employees wearing ties.

Utility blackouts are the new normal. PG&E’s CEO expects that this situation will persist for ten years and could take hundreds of billions of dollars to prevent — mostly by upgrading transmission and distribution systems. But there is a better way: installing more local solar and storage so that we are not as dependent on a centralized grid, and we can more easily ride through power interruptions.

But an ordinary rooftop solar power system does not operate in a blackout. For safety reasons the inverter automatically shuts down if utility power goes out. A special inverter and battery is necessary so that your solar system will operate independently of the grid — often referred to as a micro grid or island mode operation. Homes and businesses that installed a solar power system with battery backup generally had no problems during these blackouts. Properly designed battery systems automatically transfer to backup mode and power the critical loads in the house from the battery at night and solar during the day.

To learn more about Public Safety Power Shutoff programs — and the best way to design a solar + battery storage system to ride through the next blackout — please tune in to this week’s Energy Show.