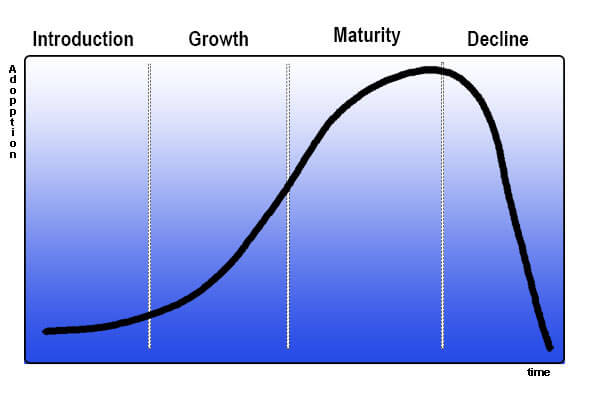 According the National Renewable Energy Lab (NREL) there are about 70 million residential and commercial buildings in the US that are suitable for rooftop solar. The Solar Energy Industries Association (SEIA) estimates that there are about 1.6 million systems that have already been installed. So with less than 2 percent market penetration, we haven’t even scratched the surface. How long will it take for us to get to say, 10 million solar systems … or 35 million, about half the rooftop capacity in the U.S.?

Based on the concept of the technology adoption lifecycle, we can make some educated guesses. This concept addresses the rate at which new products are accepted by the market. Our guest on this week’s show is Jamie Johnston, Director at Vector Structural Engineering. Jamie is an industry thought leader and extremely passionate about solutions to the slow motion global warming train wreck. Vector provides residential and commercial solar certification letters for over a hundred companies in the U.S.(we use their services at Cinnamon Energy Systems).

Jamie will share with us his insights into where we stand on the solar adoption curve — and how long he believes it will take us to get to that 35 million installed capacity. Interestingly, some of the implications of greater solar market penetration is not just more rooftop solar, but the need for ancillary services among customers, such as maintenance and system replacement. Jamie will also share his thoughts as dedicated rooftop solar evolves into complete energy systems — including storage and integration with other building systems such as HVAC and car charging.